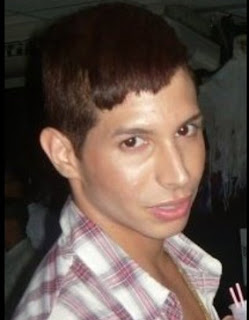 LGBT activists are calling for López's murder to be classified as a hate crime.  This would be the first crime of its kind to be designated as such, if authorities reclassify the case.  Pedro Julio Serrano, executive director of Puerto Rico Para Tod@s notes that although the Puerto Rican government added sexual orientation to its hate crimes laws in 2002, local authorities have not used it to prosecute those accused of anti-gay violence. The FBI has announced it will take jurisdiction over the case if local investigators conclude López’s killer or killers murdered him because of his sexual orientation

LGBT activists are also speaking out against homophobic remarks made by Investigator Angel Rodriguez’s that implied that López deserved what he got because of his “lifestyle.”  During a televised press conference Rodriguez said, “este tipo de personas, cuando se meten a esto y salen a la calle, saben que esto les puede pasar” [When these type of people get into this and go out into the streets like this, they know this can happen to them].  These comments sparked outrage and activist are calling for the Puerto Rico Police Department to take disciplinary action against Rodriguez.  Rodriguez has been removed from the case, but is yet to be sanctioned for his remarks.  A vigil will be held later this week for López, in addition to a protest calling for disciplinary action to be taken against Rodriguez.

Posted by Marisol LeBron at 2:11 AM

hey marisol,
this story is horrific, but i'm glad to see you posted info about it. here are some more details i came across: http://www.fiercenyc.org/index.php?s=81&n=143